Posh is a play by the British playwright Laura Wade. It was first staged at the Royal Court Theatre in April 2010. The play concerns an Oxford University dining club called “The Riot Club”, a fictionalised version of the Bullingdon Club. The first production, premiering shortly before the 2010 United Kingdom general election, received favourable reviews.

This time, Double K entertainment and Ilovestage.com will present a showcase with full Korean cast members to see how the Korean theatre audiences and society respond to the play. Possibly ILOVESTGE is expecting a proper stage show in the near future in Seoul.

Ten members of “The Riot Club”, an exclusive Oxford University dining club, have rented out a country pub’s dining room for their termly dinner. Their president, James, who is about to leave university, is falling out of love with the club and promises the suspicious landlord Chris and his waitress daughter Rachel that he will keep things under control. While James avoids his presidential duties, others vie for his position. Inspired by his godfather Jeremy, a former Riot Club member and now a Conservative MP, Guy tries to impress the boys with a “ten bird roast’. Others are less restrained; one has hired Charlie, a prostitute. When Charlie arrives she refuses to get under the table and perform oral sex on the boys; they are surprised at her scruples.

As the members get more drunk and rowdy their bullying of each other and of Chris and Rachel gets worse. They try to force Rachel to kiss them all; she runs out and they wreck the room. Chris bursts in, outraged, and the members assault him, knocking him out. Horrified, they panic and bar the door, despite the landlord being seriously hurt. Hugo calls an ambulance, much to everyone else’s annoyance. Eventually they all agree to pin the blame on Alistair, who has consistently riled them throughout the night. They agree that, as they will all end up being successful, they will look after Alistair after university and make sure they ‘see him right’. They open the door to the distraught Rachel and the ambulance approaches.

Weeks later Alistair meets with Jeremy, who has managed to weaken the charge against Alistair and effectively get him off the hook. Intrigued by Alistair’s politics, Jeremy promises Alistair that he will be keeping a close eye on him in future and that he has high hopes for him. 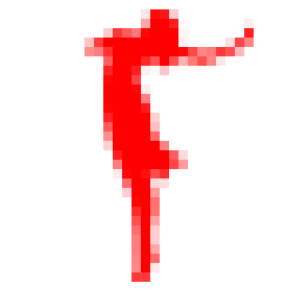